Skip to main content
Home > Community > Men’s health: A guy’s guide to reducing your risk of the most common cancers.

Men’s health: A guy’s guide to reducing your risk of the most common cancers. 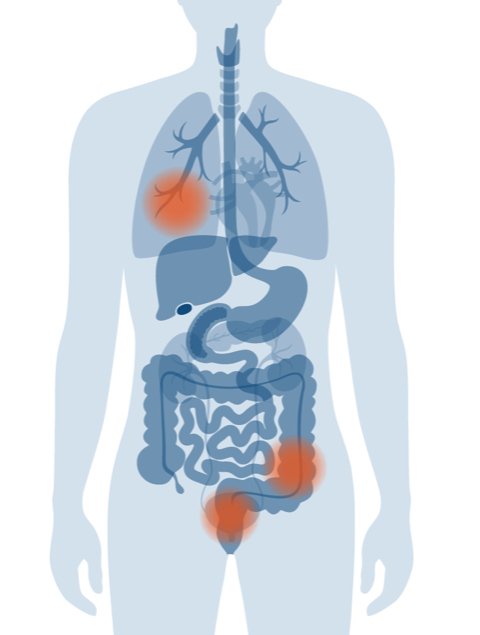 It’s a cliché that men never stop and ask for help when they’re lost. Unfortunately, the same is often true about men and health. Guys often put off getting help when they’re sick and pass it off as “no big deal”. Over 55% of men haven’t even had a physical in over a year according to a survey by The American Academy of Family Physicians. And recommended cancer screenings have decreased during the COVID-19 pandemic.

Procrastination can be dangerous, especially with cancer. Early screenings are essential for survival.

Beware of the Big Three: prostate, colorectal, and lung cancers

This trio is most common among men, and among the deadliest. Colorectal and lung cancer are actually equal-opportunity diseases – affecting men and women. But incidence rates are higher among men due to lifestyle factors.

Prostate cancer is the second most common cancer in men, behind skin cancer. But it’s a leading killer. This form of cancer is rare in younger men, but risk increases with age; about 60% of cases are men over 65. 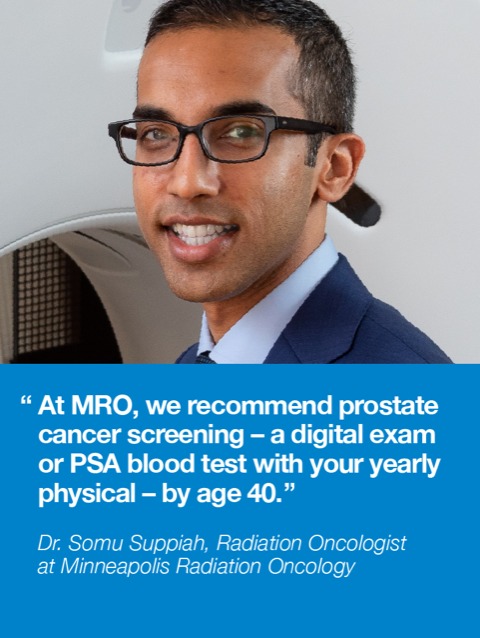 Different people have different symptoms. Once again, this underlines the importance of screening. But if you have any of these early signs, see your doctor right away.

This is the biggest killer in men, accounting for over 1200 deaths a year in Minnesota men. Lung cancer is more common in men because men have higher rates of smoking. Men may also face higher exposure to carcinogenics in the workplace.

But smoking is linked to nearly 90% of lung cancer deaths. The CDC reports cigarette smokers are 15 to 30 times more likely to get lung cancer or die from it than non-smokers. Even secondhand smoke from other people’s cigarettes, pipes, or cigars causes lung cancer.

According to the EPA, naturally-occurring radon gas is the second leading cause of lung cancer. In Minnesota, it’s a serious public health risk: 40% of our homes have radon levels that pose a significant health risk. That’s more than three times higher than the U.S. average, because of our geology and because our homes are closed up or heated much of the year.

The American Cancer Society recommends a low-dose computed tomography scan (LDCT).  once a year if you’re 55 to 80 years old, if you smoke now, have quit within the past 15 years, or if you smoked over a pack a day for 30 years.

Nearly one-fifth of men ages 55 and over have never been screened for colorectal cancer. You should get screened between ages 50 and 75 – earlier if there’s a family history, or you’re at increased risk. That includes African-Americans, who have the highest colorectal cancer incidence and mortality of all racial groups in the US, and Jewish men of Eastern European descent.

Risk of colorectal cancer increases with age, especially after 50. Other risk factors include:

If your bowel movement schedule changes drastically over a few days, talk to your doctor. Blood in your stool is not a good sign, either. And the more common symptoms of colorectal cancer – diarrhea and constipation– often come together.

Be a stand-up guy and stand up against cancer.

There’s no sure-fire prevention for cancer. But there are habits you can change to cut your risk, and increase your chances for a longer, healthier life. It’s not rocket science, just common sense.