Early detection and treatment: the vital difference in lung cancer.

Over 3,000 Minnesota residents are diagnosed with lung cancer each year. It’s the third most common cancer and the leading cause of cancer deaths in both men and women in the United States. Smoking is linked to about 90% of all cases, with the risk about 20 times higher for smokers than nonsmokers. Age is also a risk factor.

Lung cancer may not always be curable, but it’s almost always treatable, and treatments can extend and improve quality of life. Survival rates are slowly on the increase, thanks to early detection and new treatments. 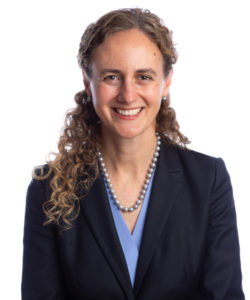 “One reason lung cancer is so deadly is that many lung cancers don’t cause any symptoms until they’ve spread. Too often, people aren’t diagnosed until the cancer is in a later stage and has metastasized to other parts of the body.”

Once symptoms have developed, imaging tests – ranging from a chest x-ray to PET, CT, or bone scans – sputum tests, and biopsy are among the techniques used to test for lung cancer.

For those at risk: screening can save lives.

For people who are high risk of developing lung cancers – mostly older people with a long history of smoking –
low-dose computer tomography (LDCT) screenings are a critical tool for early intervention. LDCT scans have
proven to be effective for detecting early curable disease and reducing mortality by about 20% in clinical trials.

Who should get screening?

According to the most recent CMS guidelines (Feb. 2022) candidates for LDCT screening should be:

People who are going to be screened should get counseling to quit smoking if they currently smoke and understand the benefits and downsides of screening. LDCT screening itself is not without risk. The main risks are:

Screening should continue every year until a patient turns 81, has not smoked in 15 or more years, or has a health problem that makes him or her unable to have surgery if cancer is found. Screening is generally not recommended for those with poor lung function or other conditions that would make surgery difficult.

Radiation is a powerful weapon against lung cancer.

“Radiation therapy is commonly used to treat lung cancer, but treatment goals differ depending on the type and stage of cancer.”

In early-stage lung cancer, stereotactic body radiotherapy (SBRT) may be used to try to eradicate the cancer, and can be as effective as surgery in some cases. For larger cancers or those that have spread, radiation may be used before or after surgery or in combination with chemotherapy. For advanced lung cancers, radiation therapy is used for palliative care, to treat symptoms rather than the cancer itself.

When is radiation therapy used?